Timber Choices for Windows and Doors 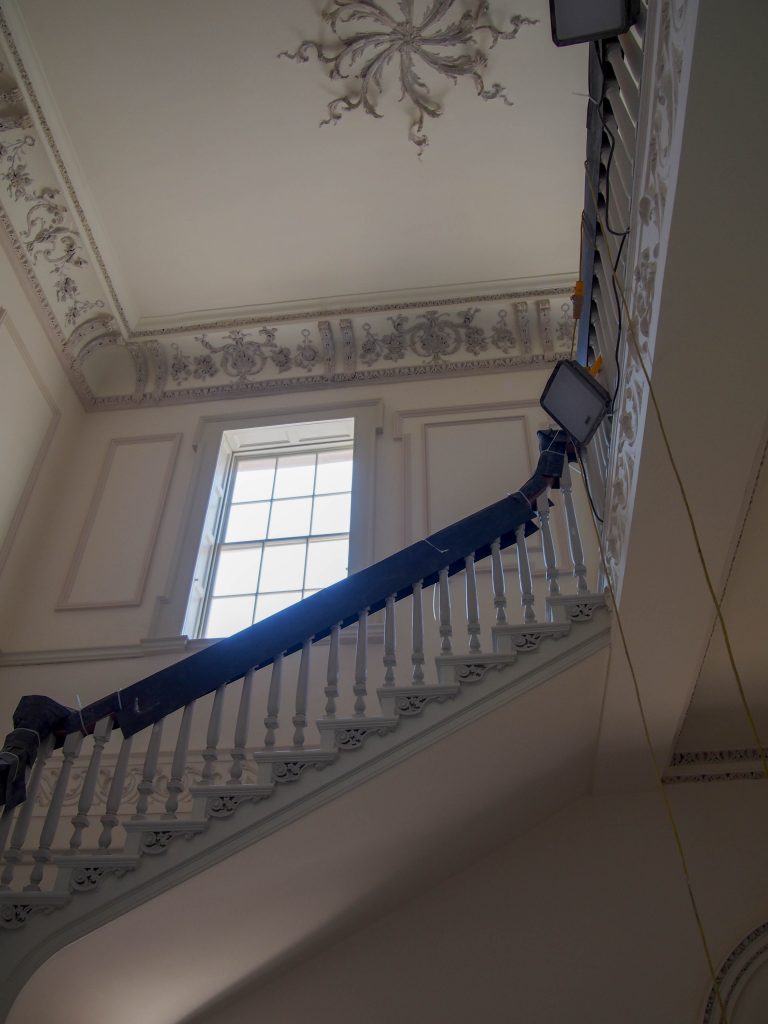 Georgian sash windows above the staircase in No. 3 Henrietta Street.

The restoration of No 3 Henrietta Street is one of the most significant Georgian conservation projects carried out in Dublin in the last 20 years.

Timeless Sash Windows are delighted to have been the window contractor for this conservation and restoration. I met with Pat Wigglesworth who, together with Ian Lumley, developed and had the vision for such an superb enterprise.

Pat is justifiably proud of their achievements and motivated by a love of Dublin. This exciting project attracted him out of semi-retirement. “This house is one of the most important Georgian houses in Dublin. It was at the top of the register of the ‘at risk’ structures in the city when Ian and I took it on and we have brought it back to life.” An Taisce described it as ‘critical’. “We bought it in 2016. Previously, I (Pat) have built Nos 1 & 2 Henrietta Street in 1995 and sold in 2008.”

The vision now in 2018 is to have 7 luxurious apartments, up to 1800 square feet, for short term lets in Dublin 1 city centre. 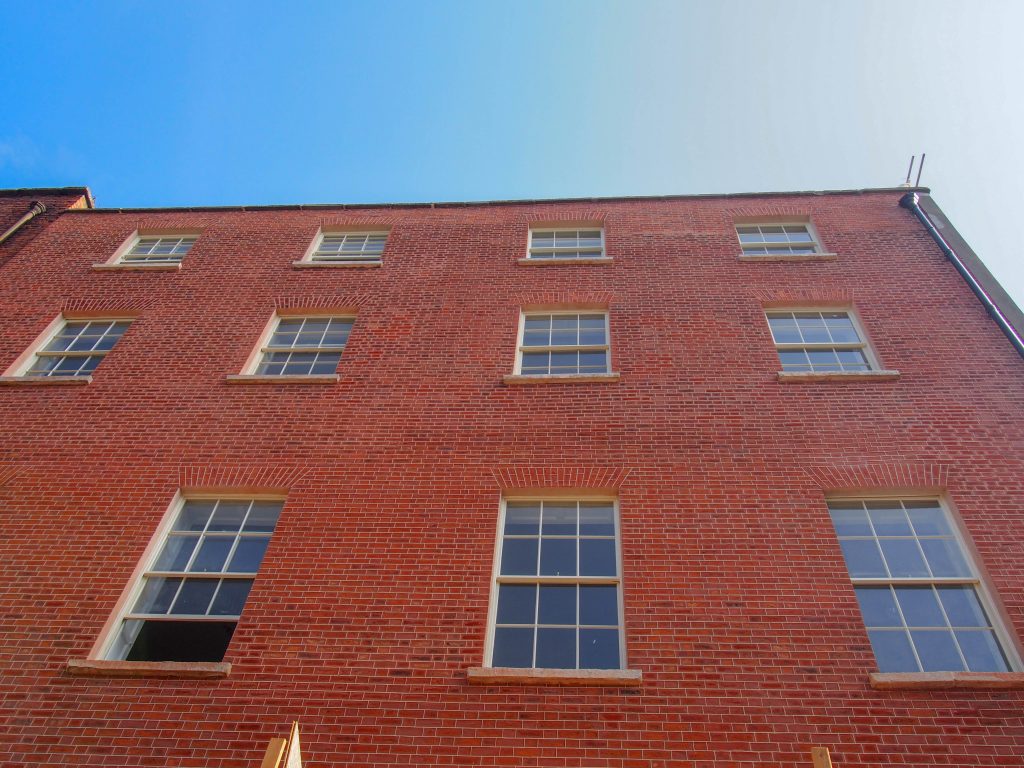 Henrietta Street itself is the oldest Georgian street in Dublin and was the model for all the Georgian squares in the city. It was built in the 1750s, largely by Luke Gardiner and then fell into disrepair in the 19th and 20th centuries with overpopulation and poverty.

The law library of Kings Inns graces the end of this wonderfully wide cobble-stoned street. No. 14 was restored by Dublin City Council in 2017 as the Tenement Museum Dublin.

The National Inventory of Architectural Heritage describes the history of Henrietta Street: ‘Laid out by Luke Gardiner in the 1720s, Henrietta Street is a short cul-de-sac containing the finest early Georgian houses in the city and was named after Henrietta Crofts, the third wife of Charles Paulet, 2nd Duke of Bolton and Lord Lieutenant in 1717-21. The street developed in a piecemeal fashion and set the trends of scale and design in domestic architecture.’ 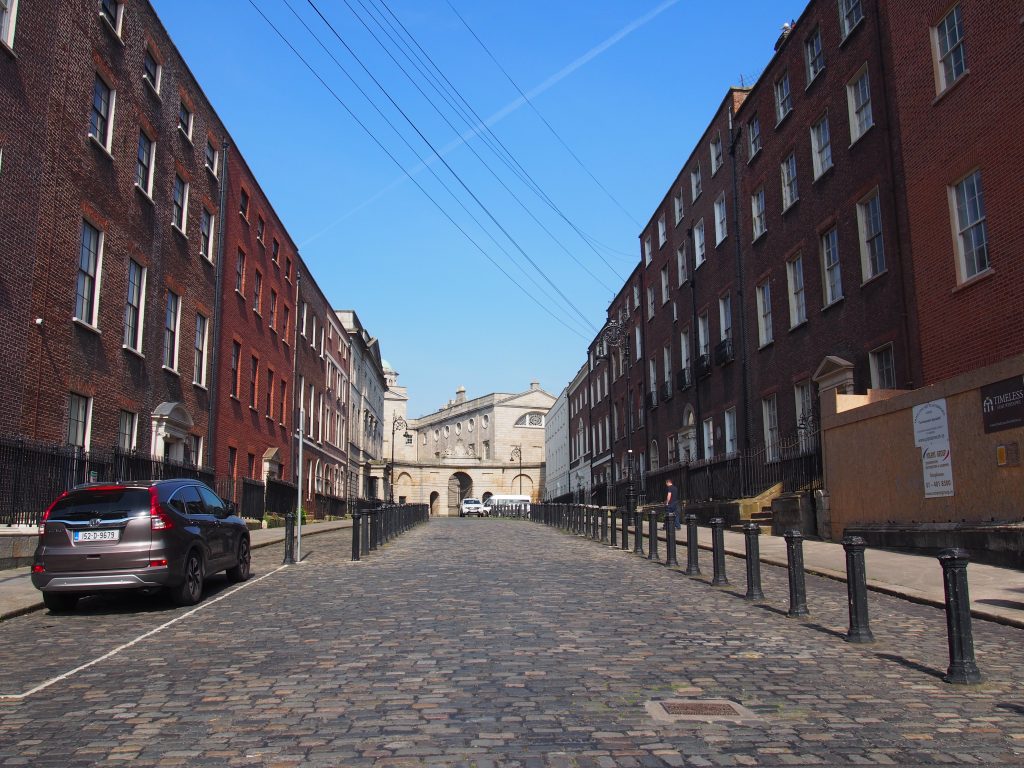 This house, No. 3, was the last house built on Henrietta Street and dates to 1755 when it was built for Owen Wynne MP. At the time it was spacious with good quality plasterwork and woodwork.  However, according to the census in 1953, there were 147 people living here. It was broken up into 20 units with an average of 8 people per unit – some of them only 350 square feet.

Over the years, the house was severely neglected and fire damaged yet described recently by Robert O’Byrne, otherwise known as The Irish Aesthete, as an ‘opportunity’. Pat and Ian saw this opportunity and have treated it with the utmost respect. The guidelines of a conservation architect are a necessity for work on a protected property such as this. 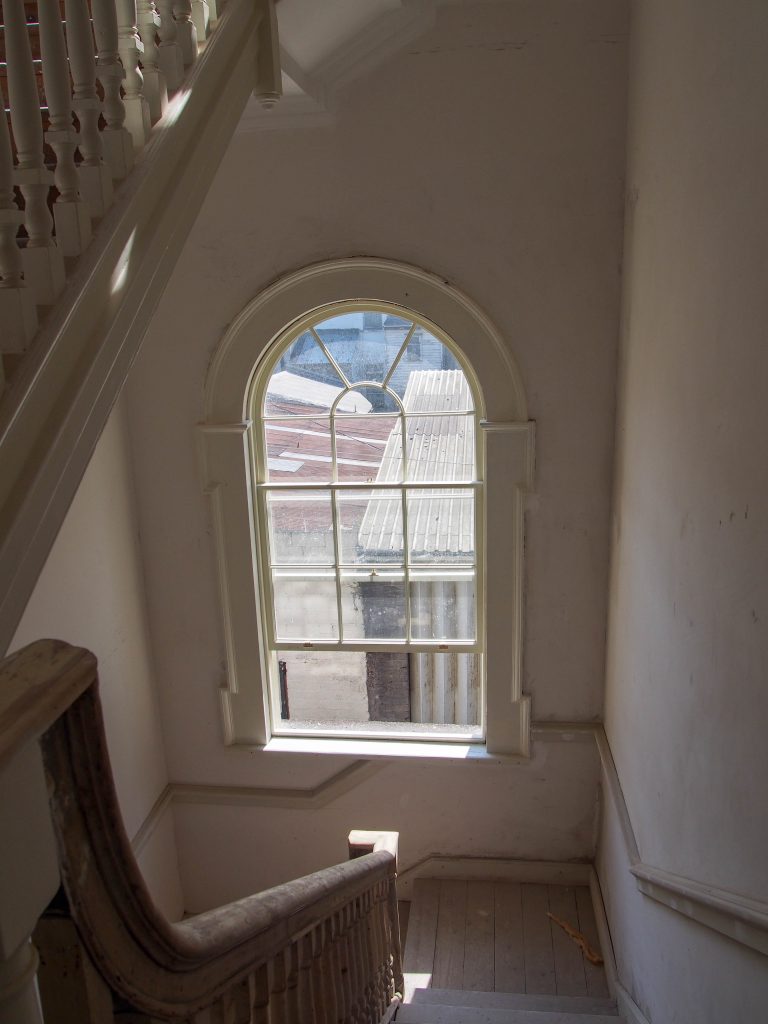 “We had to do everything,” says Pat, “We replaced the roof, all the heads above the doors, all the heads over the fireplaces. The central core was completely gone – in and around the stairwell. The original designed stairs were burnt and gone since 1910. We had to re-instate all of that, while protecting and repairing the ceilings. All the cornices have been repaired. The external brickwork has been repaired. The main entrance portico is being repaired. All the windows and surrounds have been repaired by Timeless Sash Windows – and are working. What astonishes people is that not only are the windows repaired and working, but also the shutters. We have had a few interior designers in and we were talking about hanging curtains, but the shutters are working so we don’t need curtains. In their day in the 1750s, they never hung curtains – they just used the shutters” says Pat. 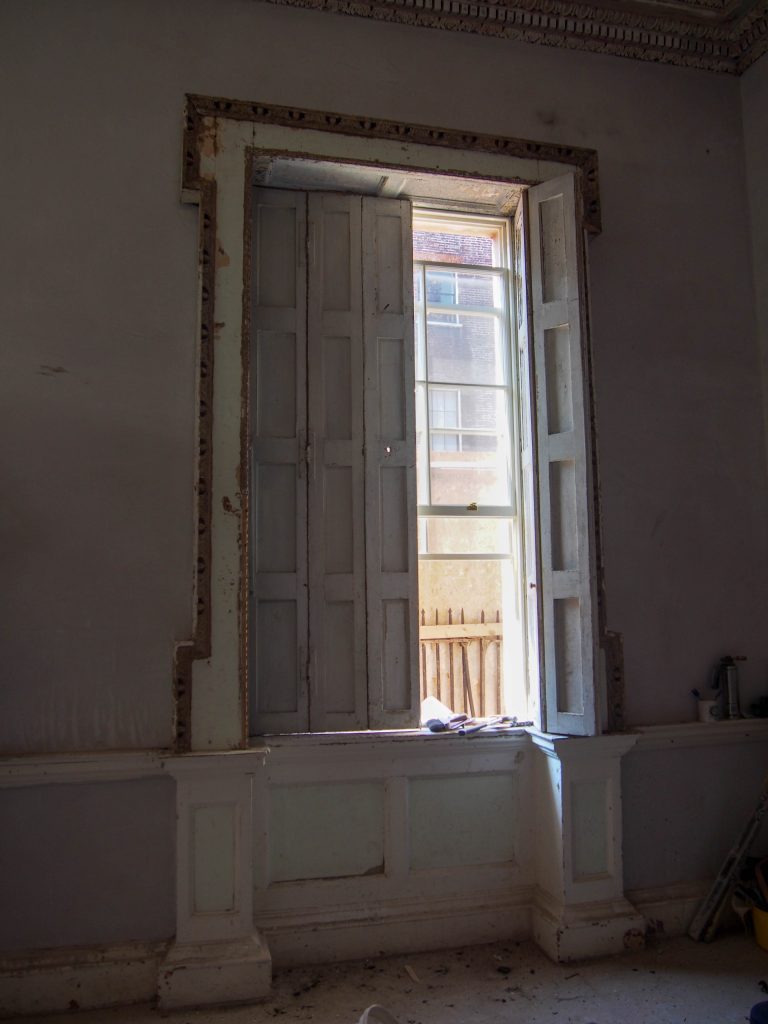 “From day 1 I have had the attention of Timeless Sash Windows. There are 53 windows in this house, all varying in size from 1.2m up to 3.4m tall. There are also different styles of windows. From a conservation point of view we had to record each style of window because over the last 300 years they’ve been changed – the design on the window has been changed, not the overall 6 over 6, but generally the framework. So Timeless had to buy into that, which was difficult enough because there were a lot of repairs. 70 -80% of the windows were repaired. In fact, 25% of the windows are new and you cannot tell the difference between the old and the new – that is the quality of the work that came back from Timeless.” he continues.

“Now sash windows are not an easy fit unless the people are skilled. And we had extremely skilfull people here. The most important thing for me from the building and construction point of view, is that they’re on time. The people from Timeless arrived on time, they were good to work with. We discussed any problems that we were having and we got it done. The contract was finished on time. Not only did Timeless do the windows but we got them to do all of the ornate woodwork in the house: dado rails, mouldings, architraves, skirtings …. some of it is quite intricate but the quality is fantastic.” 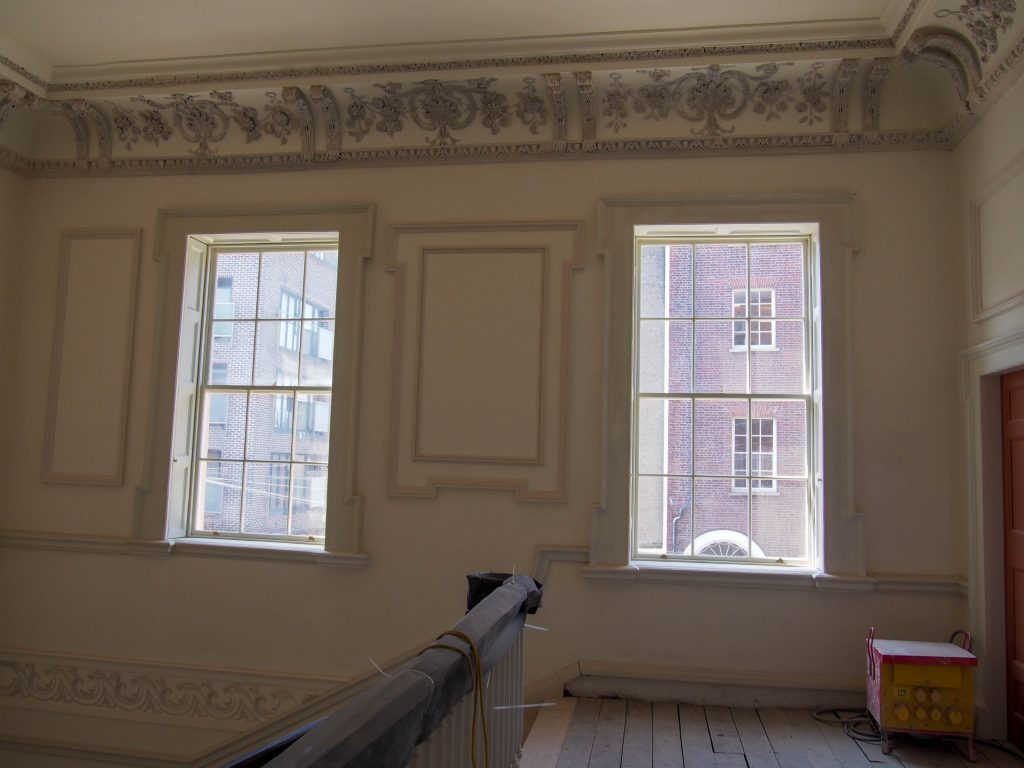 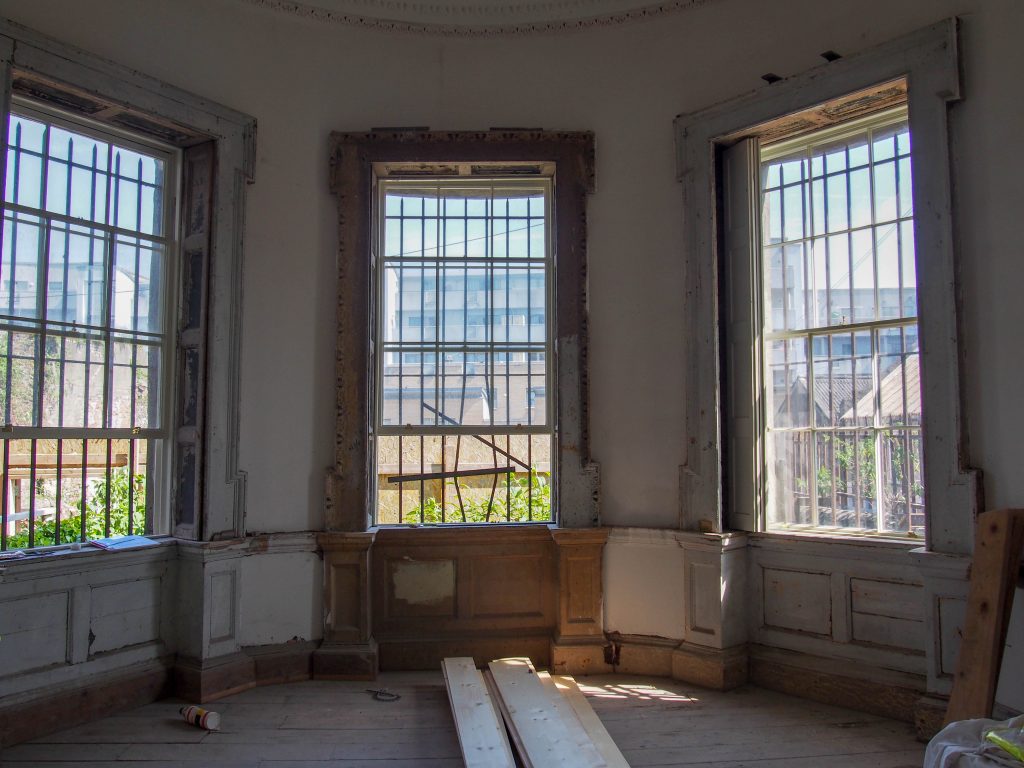 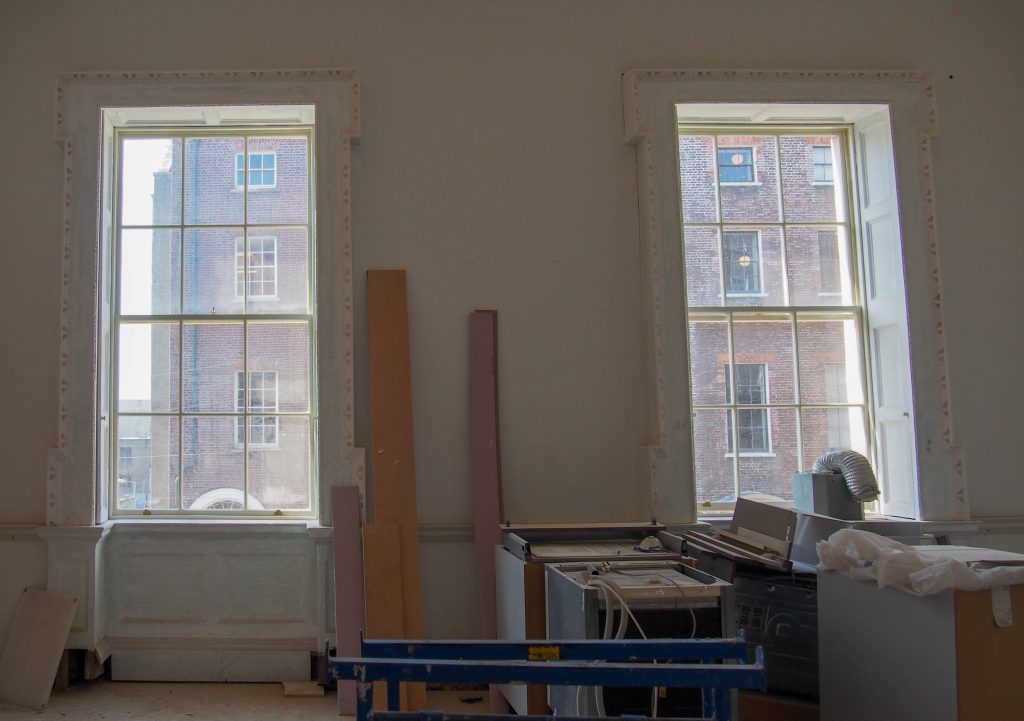 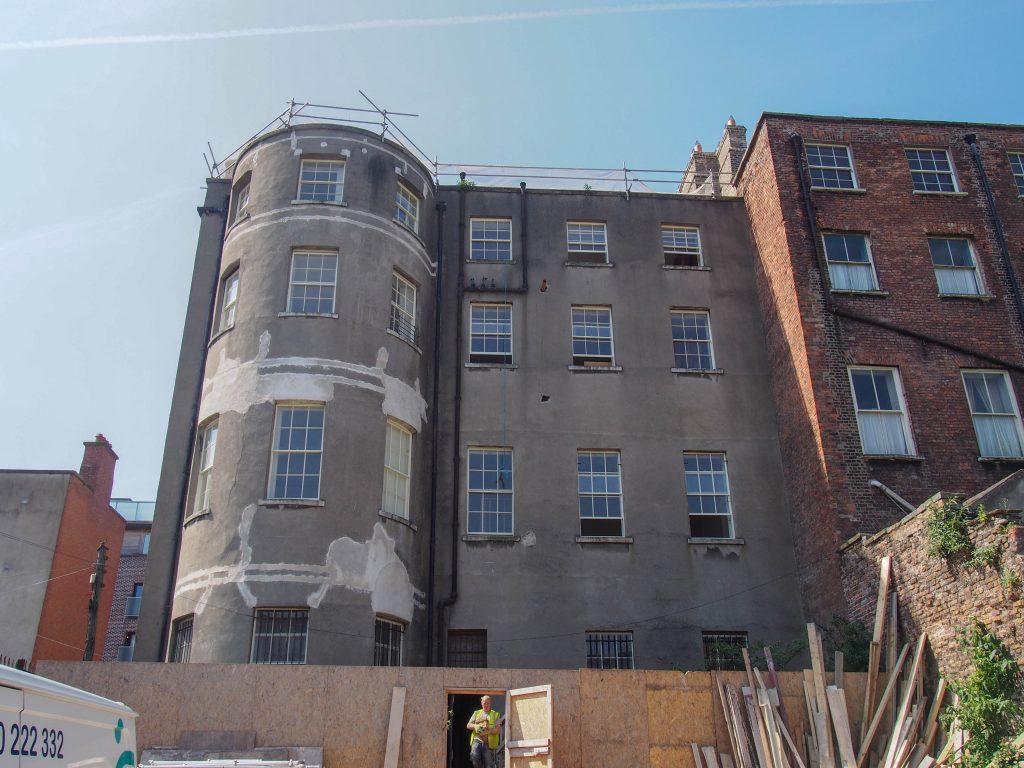 Along with Timeless Sash Windows, two other specialist contractors worked on this restoration under the guidance of Pat Wigglesworth and Ian Lumley:

Nolans Group Conservation, Restoration & Cleaning for all of the brickwork:

“The team at The Nolans Group were delighted to have worked at 3 Henrietta Street being probably one of the most renowned conservation streets in the country. No.3 is a particularly special building as the level of conservation has been to such a high standard. We were engaged by the client to restore the front main façade, there was quite a soft rubber brick in the original façade which had deteriorated rapidly. Our first phase of works was to remove these badly damaged bricks and replace with a similar brick of similar porosity. There was in excess of 2,500 bricks replaced, these brick replacements have to be carried out in isolation so as not to disturb the façade unnecessarily. We were then left with the task of repointing to which there was clear evidence of an original Irish wigging joint, this joint was meticulously replicated to ensure we matched colours, ribbon sizes both on the perps and the horizontal and replicated in a traditional manner. The door portico had multiple paint layers to which we removed by means of a poultice system. Unfortunately there was significant damage to the door portico over the years. We were then set the task of repairing these damaged sections to which we have now completed. Again we were delighted to be part of such a prestigious project and returning this property to its original beauty”

and Irish Fine Art Plasterwork for the intricate plasterwork:

“We were delighted to have been involved with this excellent project. Having worked previously with the owners and architects involved, it was obviously going to be a prestigious job. Our task was to restore and stabilise the decorative plaster back to its former glory. All areas were examined by our team of experts and all loose areas were consolidated, some areas had sagged due to water ingress, these were raised and secured. The many layers of paint were painstakingly removed, exposing the most beautiful of craftsmanship from previous eras. We identified some previous replacements of cornice that were not  satisfactory and these were replaced. Overall it was an interesting project and one we are proud to be associated with especially in our 30th year in business.”

We would like to thank Pat Wigglesworth for taking the time to talk with us about this ongoing restoration and hope to share some images of the finished project later in the year. 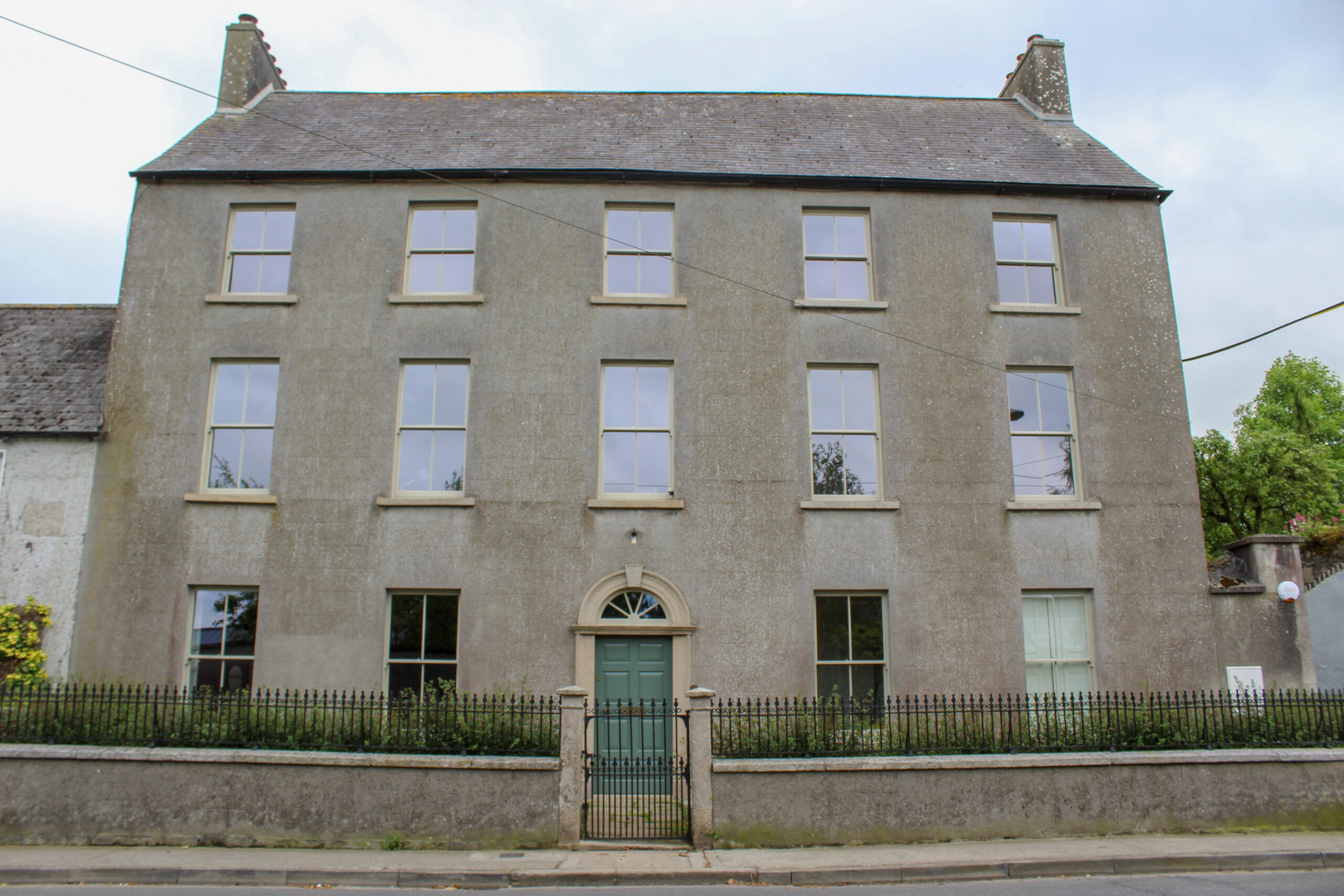