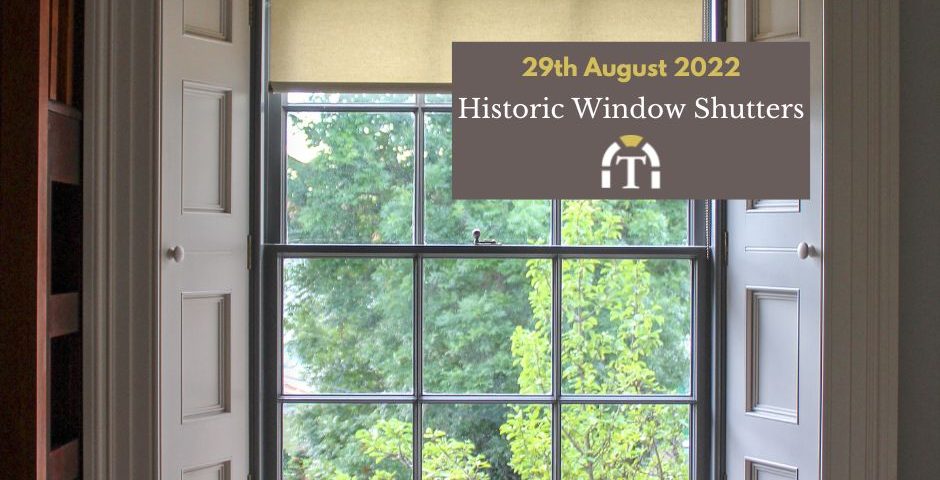 Timeless Sash Windows are expert at refurbishing original Victorian and Georgian historic window shutters. Additionally, where neglect has badly damaged the shutters, we can exactly match the original designs with new wood panels.

Historically, wooden panelled shutters were used for additional draught-proofing, privacy and security inside the glazed windows. They feature particularly in the windows of Georgian and Victorian era properties. These eras are named after the kings and queens in reign in the UK at the time. The Georgian era is between the years of 1714 – 1836 followed by the Victorian era covering the years from 1837 to 1901. These were times of great industrial, economic and social change. Towards the middle to end of the Victorian period, curtains came into fashion so there was less requirement for shutters, nevertheless, some houses maintained both. 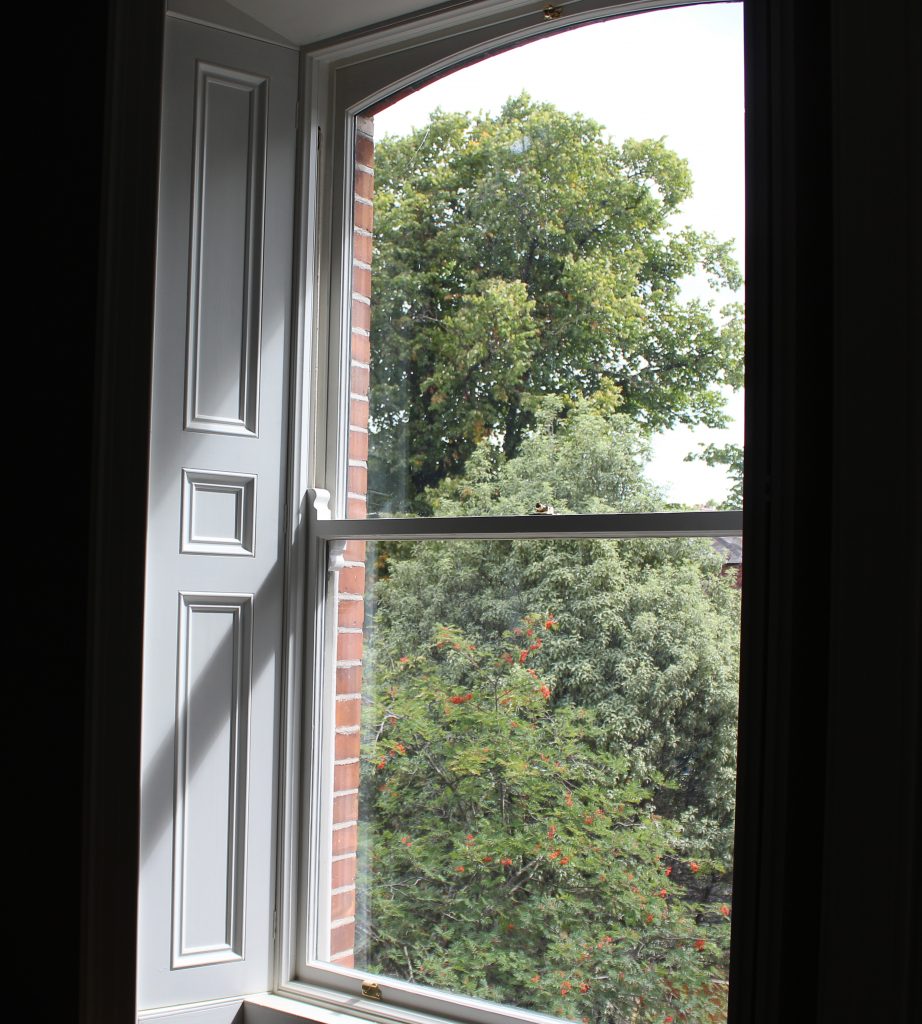 Features of Georgian and Victorian architecture

The architecture of these eras reflects the socio-economic changes. Windows evolved from multi-paned windows in Georgian times, to those with large single panes of sheet glass in the Victorian years. This was due to the improvements in glass making. Thus, there is a clear progression from the 6/6 or 9/6 pane windows, to 2/2 or 1/1 sash windows.

The Georgian era was a time of peace in the UK and Ireland, and the agricultural and industrial revolutions began. The architectural style followed very palladian, classical lines with symmetrical facades, and refined and elegant designs.

Typically Dublin Georgian houses are terraced forming a very impressive streetscape, with plain flat-fronted buildings. Furthermore, the house façade itself includes the spacing and shaping of the windows which is by the classical rules of proportion. Notably the golden ratio which describes the width to height in a ratio of 1: 1.6 (see more in our blog post here).

The larger windows were on the first floor for the living spaces with the bedrooms above and the servants below. Most of the bricks are hand-made red bricks. The buildings have plain flat fronted facades. Architects and builders showed Individuality in the front doors and surrounds, which were often flamboyant.

The Victorian era was one of industrial development. Builders used machine-made red brick.  A lot of the houses had iron railings at the front and fully exposed basements. You can see them from the street with steps leading up above them to the front door. This improved the living conditions of the staff who were now in closer proximity to their employers.

Some further characteristics of Victorian architecture are asymmetrical design, turrets, and bay windows.

In Dublin during the Victorian era, there were also areas such as Phibsborough and Drumcondra, where we describe the houses as ‘on the flat’. There was no basement to them at all. This eventually became synonymous with subsequent Victorian and Edwardian design. The most common design that we see in historic shutters, is an internal panel that folds back into the architraves. This forms the window reveals. The craftsmen panelled the leaves on the outer side, providing a decorative surround for the window. They often left the recessed panels plain.

The number of leaves depends on the width of the window. A common design is to have two panelled leaves and one extra leaf.  This third leaf is usually plain. The leaves fold back close together. We also see windows with two panels on one side, and three on the other side, in order to have 5 equal sized leaves. If you would like to find out more, you can join us on our social channels:

Our Facebook page features regular sharing and open conversations, Houzz for details on projects, Pinterest for inspiration, Linkedin for business news and more, Instagram for latest blog posts and updates.